On November 9, 2018, Julian Wiles was inducted into the SC Theatre Association Hall of Fame at Anderson University. Below are the opening remarks by Derek Pickens introducing Mr. Wiles as the inductee. Julian Wiles’s acceptance speech is also included below. 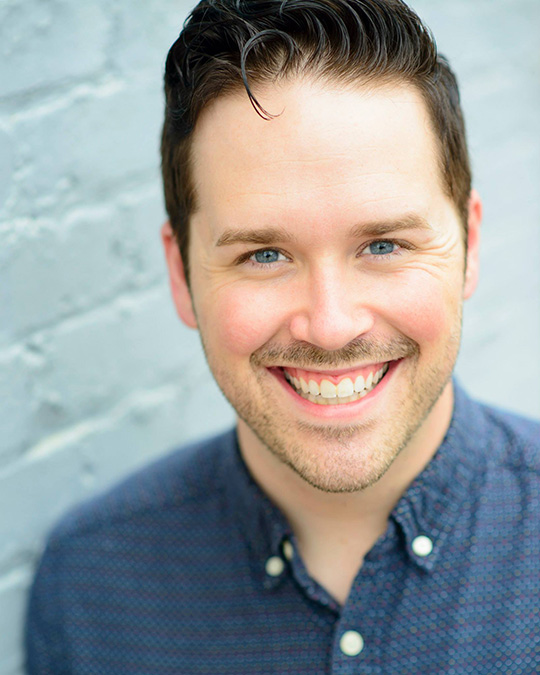 Julian Wiles is the Founder and Producing Artistic Director of Charleston Stage, the resident theatre company of the historic Dock Street Theatre. Julian founded the company in 1978, and 41 seasons later, he has directed and designed more than 200 productions and penned 27 original plays and musicals for the company, including the boy who stole the stars, Nevermore!, Helium, and the Christmas classic – Fruitcakes. (which has 9 different productions being produced this holiday season across the US, and even 1 in Canada.)

I first met Julian in 2011 when I moved to Charleston to be a part of the Resident Acting Company at Charleston Stage. Each year, Charleston Stage takes in a handful of young actors and actresses from across the country, fresh from college or grad school, and that year I happened to be one of the lucky ones chosen. During that short year, I not only had the pleasure of being directed by Julian, but also got to originate a role in the world premiere of his play Inga Binga, which chronicles the true stories a young JFK in the Lowcountry. After finishing my contract, I moved back home to Washington, DC – but I felt incomplete there. I longed for the home that I had created in Charleston and at Charleston Stage. So about a year later, I packed up my stuff and moved back to Charleston, where Julian welcomed me back with open arms. If it were not for Julian and the legacy he has created, I would have never found my home, my purpose, or even met my husband (who I happened to meet at Charleston Stage).

I, however, am just a small speck in comparison to the amount of lives that Julian has touched across the Lowcountry and the whole state of South Carolina. When he founded Charleston Stage, Julian decided that he had to focus on education and making sure that all young people in the Lowcountry had access to high quality theatre. Now, over 22,000 young people in the Lowcountry are reached each year and Arts education is a cornerstone of Charleston Stage’s mission. Education programs include special low price performances for over 19,000 school students each season, an after-school Theatre School program, which provides theatre training for over 350 students each year, a pre-professional theatre training program for outstanding high school students, and Art Reach Workshops, led by members of Charleston Stage’s Professional Resident Acting Company.

Please help me in welcoming to the stage, Mr. Julian Wiles. 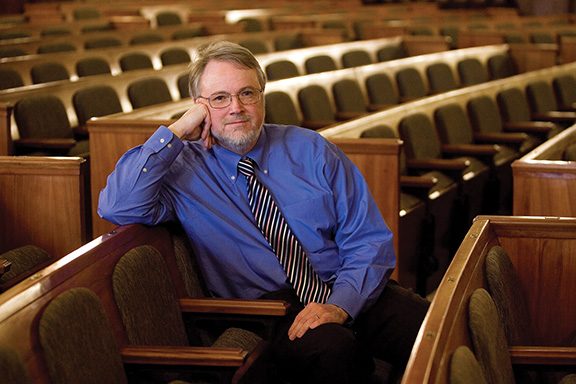 I want to thank the South Carolina Theatre Association for this special honor and would like to accept this recognition on behalf of everyone who has worked at Charleston Stage over these past 41 years. Today Charleston Stage plays to over 60,000 patrons. Our education programs, which are the heart and soul of so much of what we do, reach over 22,000 students each season. Started as a youth theatre, Charleston Stage today is one of the largest professional theatres in the region. We have a staff of 25 theatre professionals, a fulltime acting company, and a budget of over $2.7 million dollars…not bad for a company that started with a staff of one and a $20,000 budget.   What we didn’t have in dollars, we tried to make up in imagination. In that very first year we produced a skateboard musical atop a parking garage—17 year old Thomas Gibson of Criminal Minds was in the cast. Later this show was invited to tour youth theatres in Great Britain where we flew over with a cast of 30 and a skateboard ramp and performed around the country.

For me it’s been quite a journey. I was raised by a wonderful Mom and Dad on a cotton farm in rural Fort Motte, SC. In fact, my amazing 90 year-old Mom is here with me here tonight, along with my wife of almost 40 years, Jenny Hane. I would not be here without both of their wonderful love and support. Actually Jenny married me, despite the fact that in College I tried to direct her in the play, called something she did “stupid,” and she stormed off the stage and ended her theatrical career. She forgave me eventually and became a very fine teacher and provided wonderful and never-ending support to me and my work in the theatre.

The fact that a little boy raised on a cotton farm in rural South Carolina could grow up to have a career in the theatre is nothing short of remarkable. At the time, there were no drama classes at my school and the closest theatre was the Town Theatre in Columbia 40 miles and a world away.

I spent my freshman year at Clemson, which at the time had no drama program. Yet today it has a very robust theatre department.

When I transferred to the College of Charleston there was a fledging drama program there under the direction of my wonderful mentor, the late Emmett Robinson —a department that has grown into one of the leading drama programs in the state.

There was only one theatre when I arrived in Charleston 45 years ago. Today there are more than a dozen producing a wide range of work.

In those early days there were few drama classes in any schools and certainly no arts-infused elementary or performing arts high schools in the state. Now there are many.

This remarkable growth in theatre and theatre education in South Carolina over the past 40 years of my career is all because of the work and commitment of people like you. Make no mistake about it, through your work in the theatre, you make a real difference in the lives of so many young people and adults every single day.  I know this work is hard. I know it has its challenges, but you and I are lucky to be a part of a profession in which we get to celebrate the human spirt every single day. How many folks can say that?

And so I feel it’s important that we honor tonight, not just my work and that of my fellow inductees, but your incredible work as well. In my mind each and every one of you are already members of this Hall of Fame. Thanks for the great work you do.

On behalf of myself and everyone at Charleston Stage, may I offer my most heartfelt thanks and appreciation for this special honor.