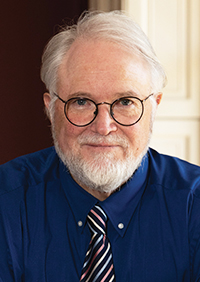 Playwright, director, designer and educator, Julian Wiles (he, him, his), grew up on a farm in Fort Motte, SC, and studied history and theatre at the College of Charleston (B.A. 1974). He moved to North Carolina to pursue graduate work in theatrical design, receiving an M.F.A. in Dramatic Art in 1976. In 1978 he founded Charleston Stage, which became the resident company of the Historic Dock Street Theatre, America’s first theatre. Under Wiles's leadership, Charleston Stage has become one of the region’s largest and most respected arts institutions and includes an extensive education program reaching over 25,000 young people annually.

Wiles has designed, directed and produced over 300 plays and musicals for Charleston Stage. He has written 34 original plays, musicals, and stage adaptations, eight of which are published. Many such as The Seat of Justice and Gershwin at Folly celebrate the Lowcountry’s rich cultural heritage and history. More than 100 productions of his published works have been performed across the United States and internationally.

Wiles received the National Youth Theatre Director's Award in 1988, Charleston’s NAACP Special Recognition Award in 2004, SC’s Governor’s Award for the Arts in 2010, and was inducted into the SC Theatre Association’s Hall of Fame in 2018. In 2021, he was awarded the University of North Carolina’s Distinguished Alumnus Award. 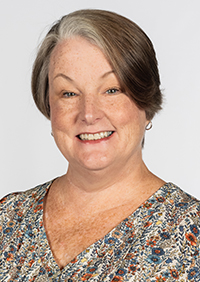 Marybeth (she, her, hers) is in her twenty-fourthseason with Charleston Stage. She was born in Pittsburgh, PA, and grew up in Tolland, CT. Marybeth has a degree in theatre/performance from the University of South Florida and was cast in her first show at an Equity theatre at 18 years of age in Tampa. She worked as an actor in professional theatres throughout the Southeast for ten years before settling in Charleston in 1994 with her husband, actor Victor Clark. She was a member of the theatre faculty at Charleston County’s School of the Arts for middle and high school students. Though she moved to Charleston planning on ‘retiring’ from theatre and starting a family, she taught and directed for Charleston Stage part-time beginning in 1997, before joining the company full-time the following year.

She and Vic are the proud parents of 2 daughters, Lila and Prentice. Lila recently graduated from Drew University and is preparing for the Doctorate program at MUSC and Prentice teaches special needs students at the Washington Center in Greenville, SC. Marybeth and Vic do not have an empty nest but share their home with Marybeth's mother and many adopted dogs and cats.

In her time at Charleston Stage she has directed over 70 shows, favorites include; Kinky Boots, Of Mice and Men, Mamma Mia! and Elf The Musical. She began the Resident Professional Acting program her second year with the company and continues to hire, train, and supervise our young professional actors.

As an actor for Charleston Stage, Marybeth has appeared in Shakespeare in Love, Helium, You Can’t Take It With You, The Marriage of Bette and Boo, Steel Magnolias, A Christmas Carol and most recently as Madame Arcati in Blithe Spirit.