Charleston Stage has one of the oldest and largest arts education programs for young people in the region. Led by Rylee Coppel, Director of Education and Engagement, and Sam Henderson, Resident Music Director and Director of Music Education, Charleston Stage's TheatreSchool classes are taught by nine full-time professional actors who make up the Resident Acting Company. These actor/educators join Charleston Stage for a 10-month artist-in-residence and teacher training program. They perform in leading roles throughout the season while also teaching youth theatre classes and ArtReach Workshops in local schools. 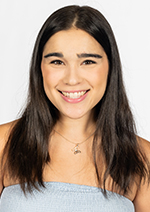 JENNA BARRICKLO
Jenna is so excited to be joining Charleston Stage for its 45th season! She received her B.F.A. in Musical Theater from Shenandoah University. Professional Credits: Lisa (Mamma Mia), Rosalia (West Side Story), Female Newsie (Newsies), Fannie (Mary Poppins). Jenna grew up in New York City and most recently resided in Boston! She is so grateful to her parents and brother for their endless support. Keep up with Jenna on her website and on Instagram: jennabarricklo.com / @in_jennaral 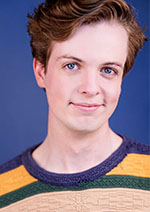 RAYMOND CRONLEY
Raymond is incredibly jazzed to be joining Charleston Stage as a Resident Actor for their 45th season! Originally from Cincinnati, Ohio, Raymond graduated in May of 2021 from Ohio Northern University with a B.F.A. in Musical Theatre. Previous credits include Jack in Into the Woods, Frederick Frankenstein in Young Frankenstein and George in Sunday in the Park with George. He would like to thank his family and friends for their wholehearted support and encouragement! raymondcronley.squarespace.com / @raymonley 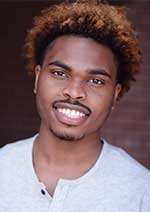 k'nique eichelberger
K’nique is originally from Columbia, South Carolina but moved to Brevard, North Carolina where he earned a B.A. in Music and Theatre. He is so excited to be returning to the company for a second year. His recent credits include: Kinky Boots (Lola), The Last Five Years (Jamie), Little Shop of Horrors (Audrey II), Into The Woods (Jack), A Streetcar Named Desire (Stanley) and more. He is very thankful for his friends and family who have supported him throughout the years. K’nique is so excited to change lives through creating art at Charleston Stage! Stay tuned on Instagram @nique_tg3 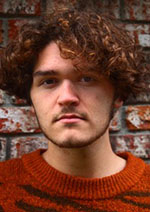 CODY ELSENSOHN
Cody is ecstatic to join Charleston Stage in its 45th season as a Resident Actor! A native of New Orleans, Louisiana, Cody earned his B.F.A. in Acting from the University of Southern Mississippi in May of 2022. Some of his recent credits include Billy Cane in Bright Star, Jerry Hyland in Once in a Lifetime, Actor 1 in The Stinky Cheeseman, and Lysander in A Midsummer Night’s Dream. Cody would like to thank his family, friends, and teachers who endlessly encourage and support him; it is highly valued! Keep up with Cody by following his Instagram: @cody.elsensohn 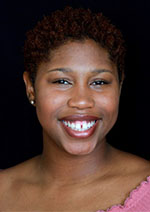 BRIETTA GOODMAN
Brietta (she/her/hers) is ecstatic to be a Resident Actor with Charleston Stage this season! Originally from Horn Lake, Mississippi, she received a A.A. in Theatre from Northwest Mississippi Community College with credits including: Polly Benish in Play On!, Aida in Aida, and Ellen Van Oss in Two Rooms. Recently a graduate from the University of Southern Mississippi with a B.A. in Theatre with credits including: Cathy Haitt in The Last Five Years, Bunny in Detroit '67, and Lucy Grant in Bright Star. While at USM, she was an Irene Ryan Finalist and was awarded First Place in the Musical Theatre Initiative Region IV Competition. She is so grateful for this opportunity and the support she has received from her friends and family going on this new journey! Stay Connected: https://briettagoodman99.wixsite.com/actor-performer 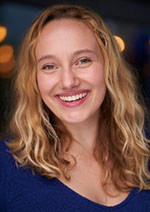 ELIZA KNODE
Eliza is a recent graduate of the University of Miami with a B.F.A. in Musical Theatre. Some of her previous credits include Into the Woods (Witch), A Midsummer Night’s Dream (Helena), and 9 to 5 (Roz). Eliza has lived in Malaysia, Japan, Hungary, Brazil, and is very excited to make Charleston her next home! She would like to extend gratitude to her teachers, friends, and family around the globe who support her. Website: https://elizadknode.wixsite.com/mysite / Instagram: @eliza.knode 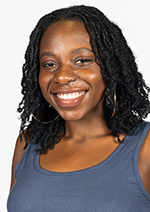 Facia is thrilled to work with Charleston Stage! She has been performing on stage since she was about 6 years old. Her favorite credits include Macduff (The Scottish Play), Cinderella, an in-house written children’s theatre version of the same name, and Sandra/The Witch in Big Fish. She graduated from Florida School of the Arts with both her A.A. and A.S. in Musical Theatre and graduated from Palm Beach Atlantic University with her B.A. in Theatre with Concentration in Music. Facia would like to thank her loving family, friends, teachers, and Father for all of their support. 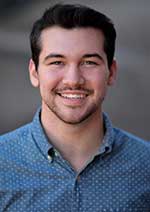 cedar valdez
Cedar received his B.F.A. in Musical Theatre from Ouachita Baptist University and is excited to be joining the Charleston Stage team for Season 45! Some of his previous credits include Bright Star (Jimmy Ray), Murder on the Orient Express (Hector MaQueen), Kinky Boots (Harry), Junie B. Jones the Musical (Daddy), and Fiddler on the Roof (Motel). Cedar is originally from Rogers, AR, and he wouldn’t be where he is today without his family, friends, and teachers that helped him get there. Remember to have fun and “do it with love!” www.cedarvaldez.com / @cedarvaldez 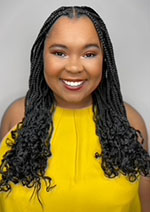 JHONIKA WRIGHT
Jhonika is thrilled to be joining Charleston Stage as a Resident Actor! Originally from Maryland, she spent most of her life in Arkansas where she graduated from Ouachita Baptist University and received her Bachelor of Fine Arts in Musical Theatre. Her favorite roles include: Wendla (Spring Awakening), Cairo (We Are the Tigers), Woman 1 (Songs for a New World), Grizabella (Cats), and Yertle the Turtle (Seussical the Musical). Sending all the love to her incredible family and friends for their endless support, “This one is for you!” To keep up with all things Jhonika, you can visit her Instagram: @jhonikaaaa